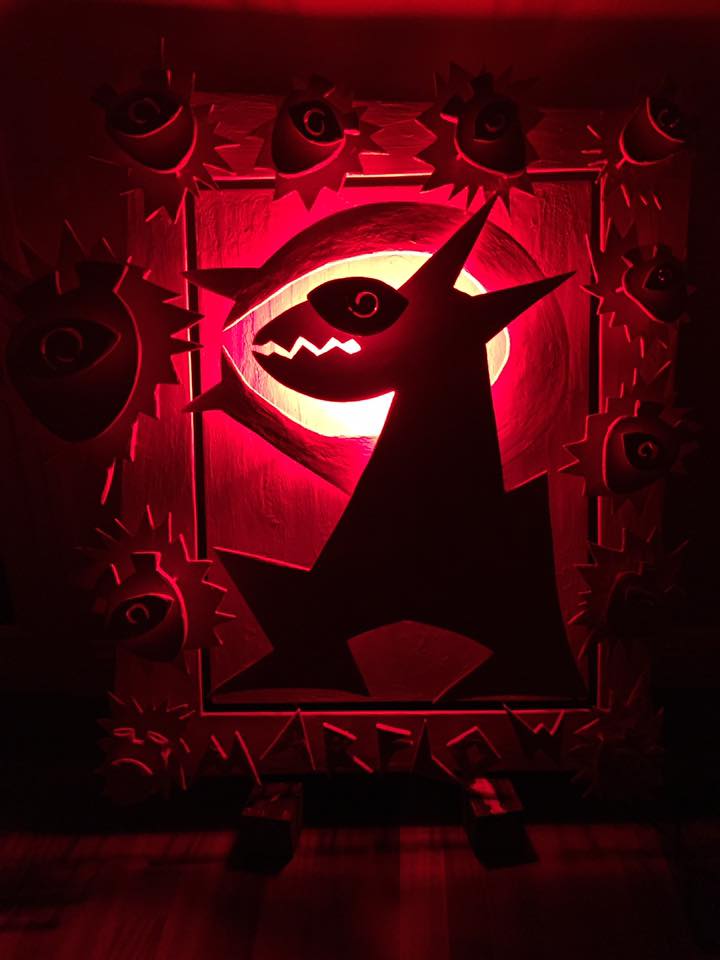 Marflow is an Intergalactic Love Dog. He’s been employed by Tunge to bring some important messages to earth, but he also has his own agenda. He is fierce, but loving. He is a purveyor of the Love Algorithm. When Marflow appears on Earth, the first friend he makes is Paul, a down but not out artist living in the Pomona Art Colony. His appearance is made possible due to a device that Paul thought was a black market satellite box, purchased at Sparky’s TV Shop, a strange little shop in the neighborhood.

Love Dogs
A Poem by Rumi, translated by Coleman Barks

One night a man was crying Allah! Allah!
His lips grew sweet with praising,
until a cynic said, “So!
I’ve heard you calling out, but have you ever
gotten any response?”
The man had no answer to that.
He quit praying and fell into a confused sleep.
He dreamed he saw Khidr, the guide of souls,
in a thick, green foliage.
“Why did you stop praising?” “Because
I’ve never heard anything back.”
“This longing you express
is the return message.”
The grief you cry out from
draws you toward union.
Your pure sadness
that wants help
is the secret cup.
Listen to the moan of a dog for its master.
That whining is the connection.
There are love dogs
no one knows the names of.
Give your life
to be one of them.