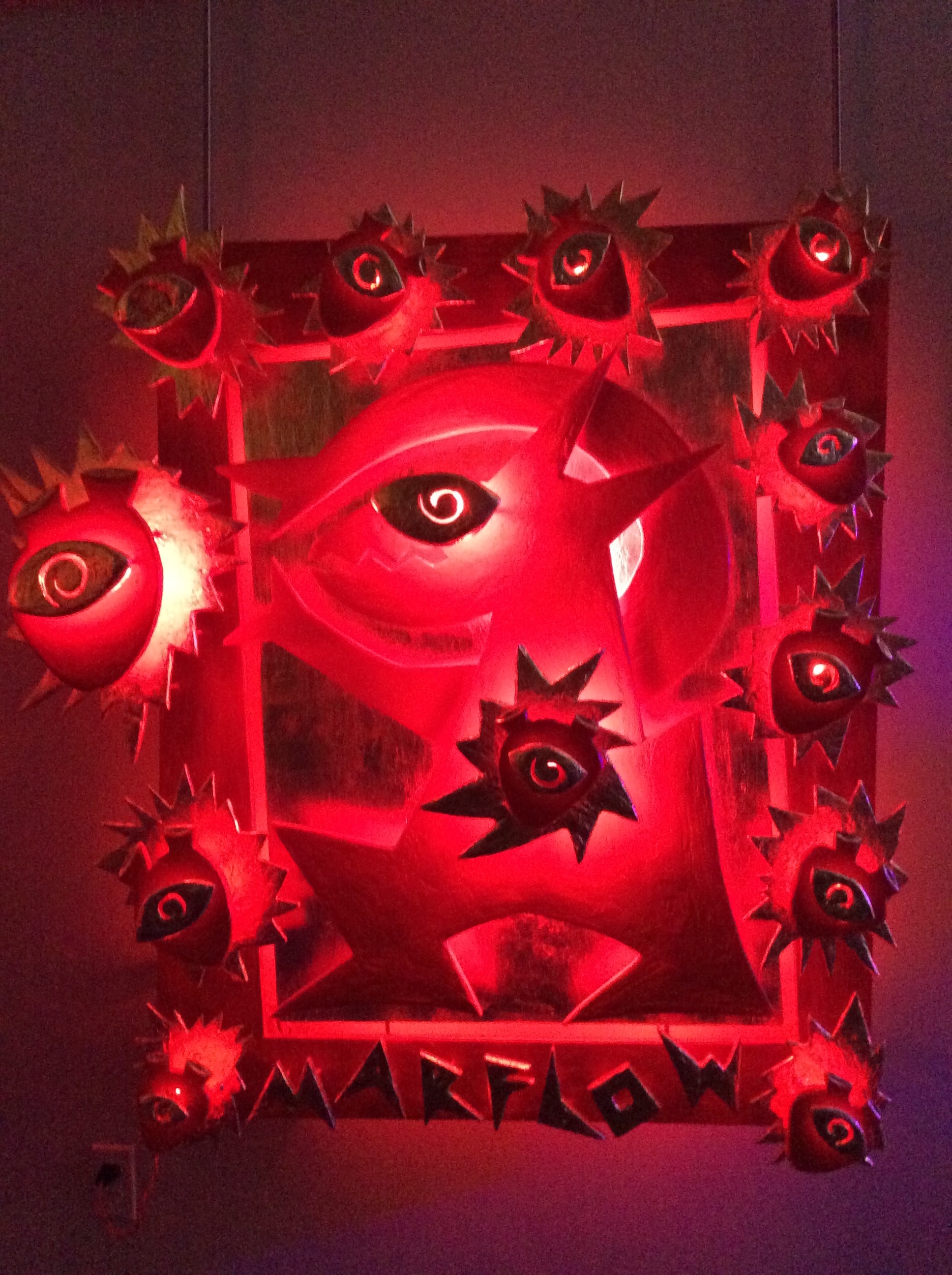 THE ANIMAL SHALL NOT BE MEASURED BY MAN

We need another and a wiser and perhaps a more mystical concept of animals. Remote from universal nature and living by complicated artifice, man in civilization surveys the creatures through the glass of his knowledge and sees thereby a feather magnified and the whole image in distortion. We patronize them for their incompleteness, for their tragic fate of having taken form so far below ourselves. And therein we err, and greatly err. For the animal shall not be measured by man. In a world older and more complete than ours they move finished and complete, gifted with extensions of the senses we have lost or never attained, living by voices we shall never hear. They are not brethren; they are not underlings; they are other nations, caught with ourselves in the net of life and time, fellow prisoners of the splendor and travail of the earth.

One of man’s greatest follies is to assume the species Homo Sapiens Sapiens, which we believe evolved from apes, is somehow more evolved than other species, or has greater potential to do so.  Marsupials are the closest living relatives of placental mammals. A fifth of the human genome’s key functional elements arose after the divergence from marsupials. By aligning 1,500 human genes to the opossum genome, scientists discovered that the opossum genome is very similar to that of humans. 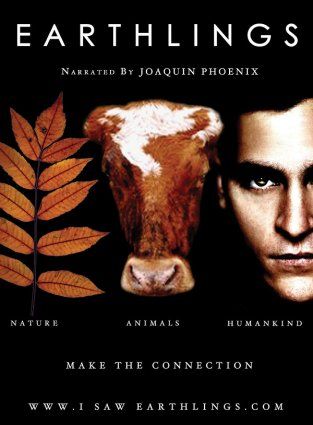 The Doctor says: “So long as the birds and the beasts and fishes are my friends, I do not have to be afraid.” This sentence has been spoken in many, many languages over many thousands of years. Every people in the world understood this theme of mutual aid, of the Animal Helper, until we drove the animals out of our streets and skyscrapers. I think every child in the world still understands it. To be friends with the animals is to be a friend and a child of the world, connected to it, nourished by it, belonging to it. 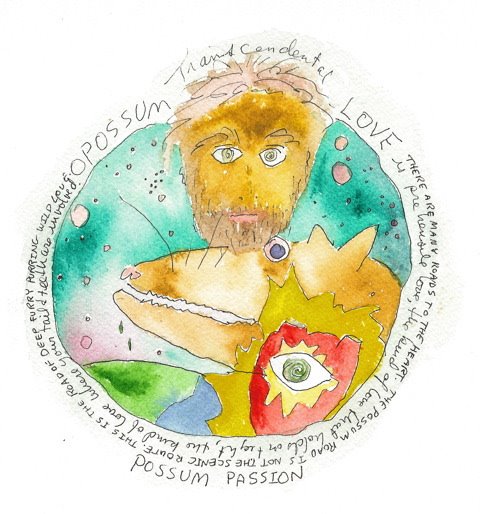 Pupazzo Universo, the Sci-Fi epic by Wolfram Alderson, all began with a conversation with a baby opossum he rescued and raised. This profound experience led to a thought experiment: What if evolution on other planets favored other species than apes? Human evolution is credited, in part, to the physiological fact that homo sapiens have opposable thumbs, allowing them to develop tools and technology. Opossums have four opposable thumbs, plus a prehensile tail, and many other astounding traits. From the author’s perspective, there are many reasons to believe that a species like the Opossums could easily advance over the eons, if allowed to do so. Perhaps until you have held a purring, affectionate, and loving Opossum to your chest, you may not understand.

In the West, consciousness was long thought to be a divine gift bestowed solely on humans. Western philosophers historically conceived of nonhuman animals as unfeeling automatons. Even after Darwin demonstrated our kinship with animals, many scientists believed that the evolution of consciousness was a recent event. They thought the first mind sparked awake sometime after we split from chimps and bonobos. In his 1976 book, The Origin of Consciousness in the Breakdown of the Bicameral Mind, Julian Jaynes argued that it was later still. He said the development of language led us, like Virgil, into the deep cognitive states capable of constructing experiential worlds.

There now appears to exist, alongside the human world, a whole universe of vivid animal experience. Scientists deserve credit for illuminating, if only partially, this new dimension of our reality. But they can’t tell us how to do right by the trillions of minds with which we share the Earth’s surface. That’s a philosophical problem, and like most philosophical problems, it will be with us for a long time to come.

Writer for The Atlantic, "Scientists Are Totally Rethinking Animal Cognition"

CONVERSATION WITH AN INTERGALACTIC LOVE DOG

“Marflow, do all the animals speak on Marion?

Marflow laughed. He countered, “Do all the animals speak on Earth?”

Paul huffed, “Of course not. Humans are the only ones who talk here.”

Marflow’s face dropped and he got very serious.

“Paul, what you really mean is that your species ‘thinks’ they are the only one that is talking. The reality is that every biological organism on your planet is talking; the human species simply isn’t listening to what they are saying. Some humans pride themselves on learning multiple languages. Even fewer pride themselves on their ability to communicate with other species. Most humans walk around speaking one language, rather crudely I might add, and barely explore the true depths of their abilities to communicate on multiple levels, deeper levels, higher levels. Most humans predicate their existence on cognitive disconnects that allow them to subjugate, kill and eat other animals, “believing” that these “other” species have no soul, no emotions, no thoughts, and no language. All the while, most humans, with even basic science education, realize that the human species evolved right out of the primordial muck, once a fish that swam in the sea, once a knuckle dragging Neanderthal,, etc. Humans share 84% of DNA with dogs and 90% of DNA with rats. Opossum and human protein-coding genes haven’t changed much since your ancestors took separate paths, 180 million years ago. The regulation of your genes, the ones you turn on and off, has changed. Humans realize that all species take their time getting to a point where they might choose to speak in terms that a “human” can understand. But, do you realize how many conversations, how much wisdom, how much love, is currently being wasted because humans choose to believe they are the only ones who can talk?  Humans simply aren’t listening. Sadly, this disconnect is at the very center of why humans, a deaf and dumb species, are single-handedly destroying their planet. Every species on Earth right now is screaming for human attention, asking humans to listen, to STOP and wake the hell up!”

Paul was stunned, realizing the fault lines in his logic. After a long pause, Paul asked “So, where does this end? I mean, to what level do you take this line of reasoning?”

Marflow responded, “Communication at the sub-atomic level is amazing: components of light, matter, energy, anti-matter, gravity, etc., speak to each other in a language they all understand in a fantastic cosmic dance. In the current human understanding, the entire observable universe emerged from a single point, a million billion billion times smaller than a single atom, and has been expanding ever since, to its current size of a 100 billion galaxies or more, into what humans imagine to be our “current universe.” I use the term “current” cautiously, since the oldest light humans have observed is 13.8 billion years old. In other words, you are listening to an ancient universe tell its origin story in ‘real time’ in universal time. Your scientists have learned that just because you can’t see it, or hear it, or speak to it, doesn’t mean it is ‘lesser than’ you, and that the way in which certain unseen things choose to communicate doesn’t make them any lesser than us, or their communication lesser than your own form of communication. In fact, you are a construct of the conversation ‘they’ are having, not the other way around. Tragically, in many ways, humans allow language to enslave, rather than to liberate, themselves, and then in a great twist of irony, use this enslavement as the so called “logic” for enslaving others in a personal (human) hell that is predicated on the existence of the ‘lesser other’. In order to be truly free, you must realize what a ghetto of understanding you have been living in, and then develop new language skills, learning to communicate with the “other”. The language of love is one such portal to achieving this, perhaps the ultimate one, as it opens pathways for communication that transcend your predicated or self-imposed limits.

So, the question isn’t whether or why the animals are speaking on other planets, or on this one, it is simply, why aren’t YOU communicating with them? Why haven’t you taken the language of love to the next level? Why does it wallow in your ghettos of poetry and romance, why is truly transcendental communication relegated to the fringe of your faith, why haven’t you yet established the dictionary of love?

Again, Paul was blown away. He understood what Marflow was saying on a level that he didn’t yet have words for.  Trembling, he thought of all the animal suffering on Earth, and all the human suffering on earth, and the fact that more slaves (human and animal) existed on earth than ever before in history. Over ten percent of humanity is homeless, or in refugee status, fleeing war and persecution. Our communication skills had not yet transcended this reality, rather, our reality appears to be reflecting our enslaved thinking. Our ability to ‘speak’ or ‘talk’ as a species wasn’t a badge or sign of our advanced state of evolution – the constraints of our human language seem to reflect our limits as a species, rather than the limits of others.

“Marflow, how do I, how do we (humans), open up our hearts and minds to this logic, this language, you speak of? Everything you say makes sense, but our species is awash in misunderstanding, fear, and enslaving patterns of thought. How do we get ourselves out of this mess?”

“Paul, I know you are a good man. I wouldn’t be talking to you if I didn’t truly believe this. A challenge we have is that this conversation can’t always happen in such a straight forward manner. There are some who will listen, some who won’t, and some who will try and kill you just for proposing such concepts, even on a theoretical level. So, we must be a bit crafty, at least for now, and devise some creative, non-threatening constructs that will make humans laugh, and maybe cry, all in cultural context that operates on the level of entertainment, even though it is ‘education’. Frankly, this is why I appear to you as a ‘puppet’. If I had shown up as an alien from outer space, with one eye and three legs, your species would lock me up, dissect me, and put my body parts in a jar of formaldehyde.”

Paul: “So, are we are talking about a puppet conspiracy?”

In my studies of unconditional love, I find that the vocabulary of love is relatively undeveloped or poorly understood, at least by a majority. One of my most profound – transcendental – experiences of love was with a possum. A big lesson from that experience was that my previous idea of unconditional love was limited and expanded by being allowed to share consciousness in some significant way with another being who spoke a very different language than mine, but communicated love in the most profound ways. 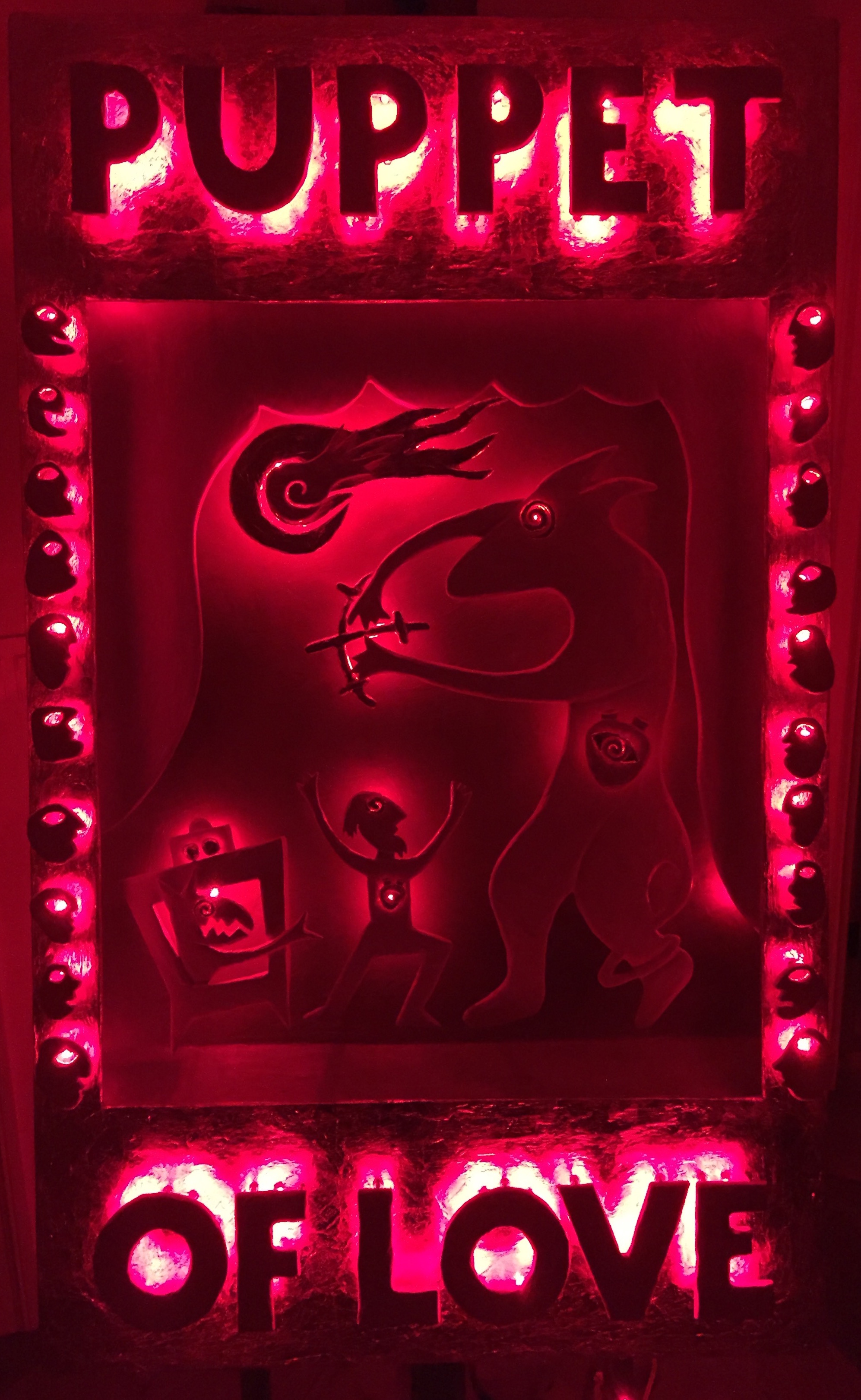